Bill befriends Linda’s new boyfriend, Eric, but unfortunately, she walks in on him with another woman in the shower and dumps him. Bill’s feeling lonely now that Judy told him he couldn’t see Eric, but all it takes is one phone call for Bill to start sneaking around behind Judy’s back to hang out with him. All is well until Eric says he can’t go to a hockey game with Bill as promised and Bill later sees him on TV at the game. When Linda gets back together with him, Judy’s surprised by Bill’s negative reaction, which breaks down the whole chain of lies. 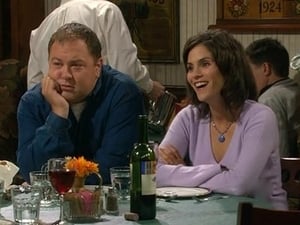