Judy is holding a book club meeting at the house, but Bill’s macho behavior, including screaming and dropping pizza on the floor, gets in the way of her book discussion. Bill eventually noses himself into the club and steals Judy’s attention, making her jealous because she was supposed to be “”the smart one.”” She tries to take his mind off of books with sex, but that doesn’t work. At the next club meeting, they fight over who gets to discuss first and end up getting kicked out of it. Judy is disappointed, but soon regains her self esteem when she finds out Bill had their son read the book for him in exchange for cash. 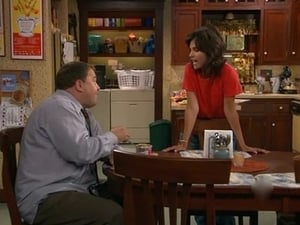