Secrets of the Dead 9x2

Airmen and the Headhunters

A tribe in Borneo protects a shot-down U.S. bomber crew from Japanese occupiers during World War II. The local missionaries, who converted the tribe to Christianity, were executed by the Japanese invaders, who had forced out Dutch and British colonialists, while massacring Borneo natives. A surviving missionary from Indonesia, employed by the Japanese military as an area administrator, outwits Japanese forces by hiding the U.S. airmen deep in a jungle canyon. The local Dayak people risk their lives, and force the occupiers to abandon their hunt for the airmen, using blowpipes and machetes against the Japanese army search parties. 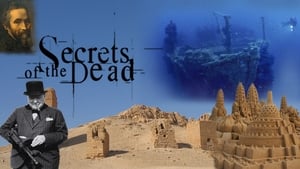