Secrets of the Dead 1x4

What Happened to the Hindenburg?

Why did the great airship Hindenburg explode? The disintegration of the Hindenburg in 1937 is one of the most famous disasters of the 20th century. It took more than 100 years to develop what was, in its day, the fastest, most technologically advanced and most luxurious form of transportation in the world — and 34 seconds to destroy it. The accident that ended the golden age of airships is generally attributed to the ignition of hydrogen gas used for lift. Addison Bain, a retired NASA scientist and hydrogen specialist, sets out on a personal quest of theorizing and experimentation to prove the Hindenburg’s real flaw was only skin deep. (UK/PBS 55 min) 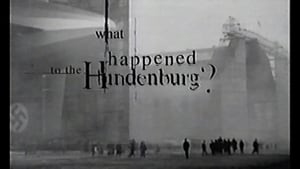 Secrets of the Dead season 1