Bridezilla Delilah is annoyed with her bridal party and sends them an angry text about stepping up to the plate, only to get into a fight with her maid of honor for daring to take a smoke break. A drunken night brings out the beast in Delilah when she is rude to the limo driver and takes her irrational fear of bridges out on her friends. Meanwhile, Bridezilla Erica’s wedding is a total disaster. After a week of lies, fits and fights, its only fitting when everything falls to pieces. At the rehearsal, Erica’s fiance calls into question the entire wedding when he finds out about a wild night, sending our Bridezilla into an emotional tailspin. When the wedding day arrives, not only is it pouring rain, but after Erica is caught telling a bold faced lie, she spends most of the day screaming at her mother and sisters. Things go from bad to worse when a fight breaks out at the reception, sending a miserable Erica over the edge. 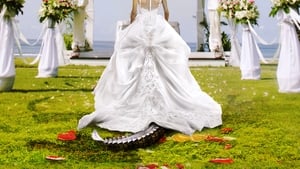